Turisas is a Finnish folk metal band from Hämeenlinna, founded in 1997 by Mathias Nygård and Jussi Wickström. Here's the interview with Mathias, vocalist and composer, and Olli Vänskä, violinist: 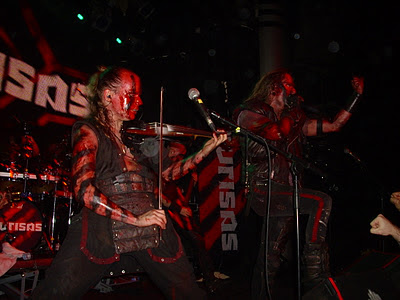 -How was the idea of talking about Varangians?
Mathias Nygård: Hmm I guess it's something to develop, so it's totally an idea that shocks.
Olli Vänskä: Yes, there's a connection between and other cultures. It's quite exotic, in the way that it wasn't only in where they have influence
-Your lyrics usually talk about Viking travels, but the Varangians used to be Norwegians or Swedish. Then, why the band is called Turisas, as the Finnish god of war, instead of a Nordic name?
O. Vänskä: Because...we're from (laughs). Yeah, I don't think Turisas ever felt really connection as anything "superviking", with our "Battle Metal", the costumes and everything, that wasn't meant to be like: "This is how Vikings look like". It's more a sort of fantasy. It wasn't never like a "superviking" idea. I think it's much more natural to pick a name and use your own mythology rather than Norwegian, because it wasn't [] the main area where Vikings ever lived
-In the song "Cursed be Iron", you talk about the creation of the iron according to the Kalevala. Can you tell a little about this?
O.Vänskä: Well, it's about a kind of spell that you heal the wounds by the opposite forces, so they cannot beat you. If I remember right, if you're stabbed, or you are wounded in a battle, you are "cursing that curse" so the enemy can't defeat you.
-What's your favourite character of the Kalevala? Why?
O.Vänskä: The egg. The egg that all starts. It's cool.
M.Nygård: I don't know, probably Ilmarinen, when she goes up to the island with the girls and all that stuff. He looks like a rock star
-You have an amazing song called "In the Court of Jarisleif". Can you talk us about this character and its importance for the Varangians?:
M.Nygård: He was a ruler in the Kievan Rus, in . It's a historical figure that is actually uncovered on the lyrics, so it's a kind of fictional story but there are historical figures, for instance, Yaroslav in
-At the "Fornaldarsögur" (Old Times Sagas), finnish people often appears as wizards, for instance Gusir. Have you ever thought about doing a song of something like that?:
M.Nygård: Well I think there's some examples at the song "Cursed be Iron" of "The Varangian Way". The whole idea comes from the Kalevala, it's one of the main part of the text, is a part where Väinämöinen has cut its knee and he needs to stop the blood flow, and that's a kind of spell, to cast, to prevent the blood flowing. That would be the nearest idea, but we haven't used that topic so much.
﻿
﻿
Publicado por Angel E. H. en 26.11.11 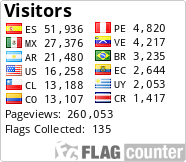